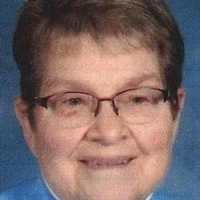 Betty graduated from Whitney High School in 1956. She worked as a laborer for Atlas until her retirement in 2001.

She enjoyed crafting, playing Bingo and camping at Riverbend Campgrounds where Betty gained an extended family of close friends.

In addition to her husband, she is preceded in death by her granddaughter, Nicole Shammo Oswald and brother, Joe Iler.

Memorial contributions may be made to the American Heart Association or to the Cystic Fibrosis Foundation.

To order memorial trees or send flowers to the family in memory of Betty E. Olmstead, please visit our flower store.