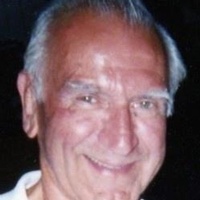 Elmer Earl Hetrick, 89, of Lindsey, passed away on Sunday, August 27, 2017 at Hospice of Northwest Ohio, Perrysburg. He was born on February 29, 1928 in Lindsey to Charles Edwin & Mary Ellen (Anstead) Hetrick.

Elmer attended Harris Elmore High School. He worked at Atlas Industries as a machine design engineer until his retirement in 1992. Elmer enjoyed going fishing, boating, and was a member of the Power Squadron. He was a self-taught jack-of-all trades, even helping to restore a 1947 Chris Craft mahogany boat. Elmer enjoyed spending time woodworking, remodeling houses and being the neighborhood handyman. He was a mechanic and loved motorcycles. He was a member at Grace Community Church, Fremont. Elmer supported his wife’s art career by building frames, stretching canvas and setting up tent exhibits for her. Elmer will most be remembered as a loving husband and a genuinely enthusiastic father and grandfather.

On November 8, 1947, Elmer married Irene Pearl King in Lindsey. They celebrated 69 years of marriage until her passing on January 5, 2017.

Visitation will be held on Wednesday, August 30, 2017 at the Herman-Karlovetz Funeral Home & Cremation Services, Fremont from 5:00-8:00 p.m. Funeral Services will be held on Thursday, August 31, 2017 at the funeral home beginning at 11:00 a.m. where there will be an additional hour of visitation being held prior to the start of the service. Pastor Forrest Kirchenbauer will officiate. Burial will follow at Lindsey Cemetery.

Memorial contributions may be made to the Birchard Public Library.

To order memorial trees or send flowers to the family in memory of Elmer Earl Hetrick, please visit our flower store.