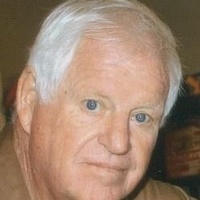 Michael H. Hetrick, 77, of Fremont passed away at his daughter's home on Sunday, September 17, 2017, surrounded by his family. Born on July 15, 1940 in Toledo to the late Edwin and Dorothy (Hughes) Hetrick, Mike graduated from St. Joseph Central Catholic High School in 1958 and attended Ohio University.  He later enlisted in the Army, actively serving from Nov. 1963 till May 1964 and in the Reserves until 1969.

"Hog", as he was known to his family and friends, was an avid sports fan.  He especially loved the Cleveland Browns, the Ohio State Buckeyes, SJCC Streaks and the Capital Crusaders.  Mike, nicknamed “DoDo” by his grandkids, was most proud of watching his grandkids compete in their various sporting activities. Mike, along with his late wife Judy, loved to entertain friends and family.  He was a proud Irishman, who loved people and a good party.

He worked for the family owned construction company, Peerless Construction Company which he later co-owned with his cousin, Tom Russell, until its sale in the late 1980’s. He also worked as a salesman at the Perrysburg Pipe & Supply until 2017.  Mike was active with the Fremont Elks, VFW, Thurston-Zwir American Legion Post 121, the Sandusky County Agricultural Society and the SJCC Athletic Boosters.

Surviving are his daughters, Shannon (Mike) Reardon and Brandi (Randy) Wammes all of Fremont; grandchildren: Brant, Brennan & Be Reardon; and Miranda, Maddie & Marissa Wammes; brother, Patrick Hetrick of Fremont; sisters-in-law, Vickie (Fred) Weikert of Fremont and Shirley Robbins of Worthington, OH; 4 nieces and 3 nephews; and many great nieces and nephews.

Family and friends are welcomed to the Herman-Karlovetz Funeral Home & Cremation Services, Fremont on Friday, September 22, 2017 from 2-7 p.m. where a Vigil Service will be held at 6:30 p.m. A Mass of Christian Burial will be held on Saturday 10:00 a.m. at St. Ann’s Catholic Church.  Father Nathan Bockrath will officiate. Military honors will follow at St. Ann’s Catholic Cemetery. A luncheon will follow immediately at the Fremont Yacht Club.

Memorials may be made to ProMedica Hospice of Memorial Hospital or to donor's choice.


To order memorial trees or send flowers to the family in memory of Michael H. Hetrick, please visit our flower store.