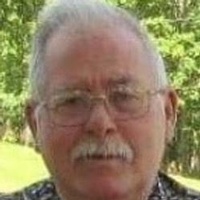 Kenneth L. Dix, 75, of Bowling Green, formerly of Gibsonburg, passed away peacefully on October 3, 2017 at Hospice of Northwest Ohio. He was born on July 26, 1942 in Port Clinton, OH to Zenas and Alma (Kramer) Dix.

Ken found a companion in Carol Abel, who survives along with her children, Cindy (Steve) Heilman, Robert (Amy) Tody, and Fred (Lisa) Tody. He worked as a milkman for Meadow Gold Dairy for several years. Ken was also a police officer with the Gibsonburg Police Department, and worked at the Gibsonburg Elevator, Haldon Miller Trucking as a driver, and a farmer. Ken was a member of the Gibsonburg American Legion Post #17, Teamsters Local 20, and the VFW. In his spare time, he enjoyed watching western movies and spending time with his family.

He is preceded in death by his parents, and siblings, Helen Witt, Richard Dix, and Robert Dix.


To order memorial trees or send flowers to the family in memory of Kenneth L. Dix, please visit our flower store.