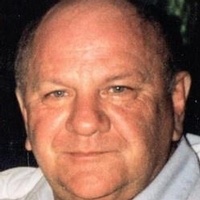 John graduated from Jackson Burgoon High School in 1961 and the Reppert School of Auctioneering in 1962. On May 11, 1963, he married his high school sweetheart, Elaine Widmer, at First English Lutheran Church, Gibsonburg. Together they shared 54 loving years of marriage.

John was one of the original partners of Crop & Soil Service in Fremont. He also did custom combining for 40 years, and bought and sold farm machinery, mowers, and golf carts. John was a lifetime member of the Ohio Farmers Union Association, and First English Lutheran Church, Gibsonburg. He was a Jackson Township Trustee for 20 years. He enjoyed camping, trapping woodchucks, collecting toy tractors, and deer hunting with his friends.

Before his battle with cancer for 2 years, John attended many of his grandchildren’s sporting events. He was very proud of his children and grandchildren. John was in and out of the hospital many, many times in the past 2 years. During the final months of his life his children, grandchildren, brother, sister, family, and friends stopped by to visit him daily. He felt very blessed to have their love and support.

John is preceded in death by his parents and brother, Ronald Timmons.

Visitation will be held on Thursday, November 9, 2017 at the Herman-Karlovetz Funeral Home & Cremation Services, Fremont from 2-8 p.m. Funeral Services will be held at the funeral home on Friday, November 10, 2017 at 11 a.m. with an additional hour of visitation being held prior to the start of the service at 10 a.m. Pastor Eric Schwochow will officiate. Burial will follow at Smith Cemetery.

Memorial donations may be made to the First English
Lutheran Church, the Kansas Fire Department, or the Lakota Athletic Boosters/Wrestling Program.

John’s family would like to give a special thanks to ProMedica Hospice, Clyde for helping the family and John the last weeks of his life. The hospice staff is a wonderful group of loving, caring people who were there for John’s family whenever needed.


To order memorial trees or send flowers to the family in memory of John S. Timmons, please visit our flower store.