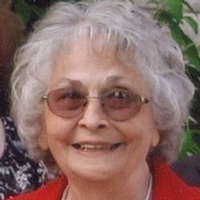 Celia M. Pickerel, 82, of Helena passed away on Saturday, November 18, 2017 at Bethesda Care Center, Fremont. She was born on September 4, 1935 in Marshall, MI, one of two daughters of Harry A. and Mildred (McPherson) Martin.

Celia was a 1953 graduate of Clay High School.  On August 20, 1955, she married Dale L. Pickerel in Toledo. They met at a horse stable where Celia was working.  Together they raised their family and shared their hobby of quarter horses, having their own on the farm and being members of area saddle clubs.  This year would have been their 62nd year of marriage. Dale passed earlier this year on April 21.

Celia formerly worked at Reino’s Cleaners in Gibsonburg.  She attained her LPN degree from Vanguard Vocational in 1983 and worked at the former Fremont Quality Care Nursing Home.  Most notably, Celia was a cake decorator extraordinaire.  She worked on her own but most recently at the Danish Pastry Shop in Fremont. She was also a participating member of the Baha’i Religion.

Private Graveside Memorial Services will be at a later date.

Donations in Celia’s memory may be made to the Alzheimer’s Association, Northwest Ohio Chapter, 2500 N. Reynolds Rd., Toledo, OH  43615

To order memorial trees or send flowers to the family in memory of Celia M. Pickerel, please visit our flower store.