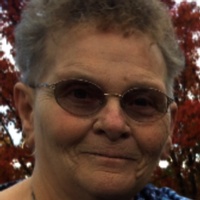 Mary Jo graduated from Fremont Ross High School in 1968. On June 16, 1970 she married the love of her life Edward Blody in Fremont. Mary Jo worked at the Sandusky County Juvenile Detention Center, and later retired as a caseworker from Sandusky County Job & Family Services in 2001.

She was a foster parent for many years, and kept in contact with her foster kids through Facebook. Mary Jo was a member of Grace Community Church and the Monday Morning Ladies Bible Study. She loved being outdoors and going to the beach.

In addition to her parents, she is preceded in death by her sister, Lori Ann Wood.

Funeral Services will be held on Friday, November 24, 2017 at the Herman-Karlovetz Funeral Home & Cremation Services, Fremont at 11 a.m. where there will be an hour of visitation prior to the start of the service beginning at 10 a.m. Burial will follow at Oakwood Cemetery.

Memorial Contributions may be made to the Red Cross.

To order memorial trees or send flowers to the family in memory of Mary Jo Blody, please visit our flower store.