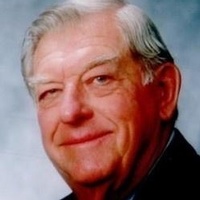 Columbus, NC-Robert F. Veh, 87, died on Saturday, November 11, 2017 in Columbus, North Carolina where he had resided in the Tryon Estates community since 2008.

Bob was born in Fremont, Ohio on November 24, 1929 to George F. Veh and Marcia Long Veh.. A native of Gibsonburg, Ohio, Bob was descended from John F. Yeasting and Michael G. Veh, among the original founders of that town. He was an Eagle Scout and a 1947 graduate of Gibsonburg High School.  At Denison University, Bob was a member of Phi Gamma Delta and Omicron Delta Kappa. After earning his bachelor's degree in economics in 1951, he attended the Coast Guard Academy and served as a gunboat officer in the Western Pacific during the Korean War, thereafter becoming a life member of American Legion Ohio Post 17.

Upon his return from service, Bob studied at the Cincinnati College of Mortuary Science and became the third generation to lead Veh & Son, Inc., his family's funeral home and furniture business. Bob was an Exchange Club member and longtime director of Chemi-Trol, Inc. and Fifth Third Bank of Northwestern Ohio. He and Wanda Emch Veh, his wife of 65 years, were honored earlier this year by their induction into the Gibsonburg Hall of Fame in recognition of their longtime community leadership and service.

Throughout his life, Bob, with Wanda, was a benefactor of numerous arts and community organizations including the Toledo Museum of Art, Habitat for Humanity, and Hospice of the Carolina Foothills. They were leading supporters of the Schedel Arboretum and Gardens, the Tryon Fine Arts Center and the Blowing Rock Art and History Museum. They traveled extensively, and Bob particularly enjoyed playing golf with Wanda and friends. He took pride in his lifetime achievement of four holes-in-one.  Bob was a longtime member of Fostoria and Fremont Country Clubs in Ohio and of Red Fox and Blowing Rock Country Clubs in North Carolina.

He and Wanda were members of Zion Lutheran Church in Ohio and of Tryon Congregational Church in North Carolina.

In addition to his wife, Bob is survived by his son George F. Veh of Mill Valley, California (wife, Anne Birle Veh); daughters Victoria Veh (Providence, Rhode Island) and Sylvia Veh Elsbury (Kensington, California), and grandchildren Emily and Peter Veh; George, Mary and Celeste Elsbury. He was preceded in death by his sisters Helen Kaney and Elsa Grimes and by an infant son.

Family and friends of the late Robert F. and Wanda E. Veh will gather for a service of remembrance on Saturday, August 4 at 11:00 a.m. in West Union Cemetery, Gibsonburg. Friends are invited to visit with the family from 3:00 to 8:00 p.m. on Friday, August 3 at Herman-Veh Funeral Home, Gibsonburg.

Memorial remembrances may be made to Tryon Fine Arts Center, 34 Melrose Ave., Tryon, NC 28782, to Schedel Arboretum and Gardens, Box 81, Elmore OH 43416, or to a charity of the donor's choice.

To order memorial trees or send flowers to the family in memory of Robert F. Veh, please visit our flower store.