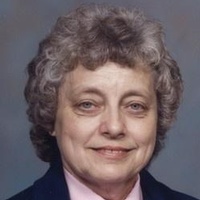 Millie graduated from Bellevue High School in 1950 and later that year in August, she married Robert G. Shockley in Bellevue, he preceded her in death on July 8, 1999.

Millie worked at Heinz for several years before she retired in May 1993. She was an active member of Hayes Memorial United Methodist Church. Millie enjoyed volunteering at ProMedica Memorial Hospital and the Board of Elections at the voting polls. Millie was also a member of the Eagles, Vets, American Legion, the Auxiliaries, and the Golden Threads.

Millie is preceded in death by her parents; husband, Robert Shockley; and brother, John Reitz.

Visitation will be held on Tuesday, December 26, 2017 from 9:30-11 a.m. at the Herman-Karlovetz Funeral Home & Cremation Services, where Funeral Services will begin at 11 a.m. Burial will follow at Oakwood Cemetery.

Memorial contributions may be given to Hayes Memorial United Methodist Church, Bethesda Care Center Dementia Unit or the charity of the donor’s choice.


To order memorial trees or send flowers to the family in memory of Mildred I. "Millie" Shockley, please visit our flower store.