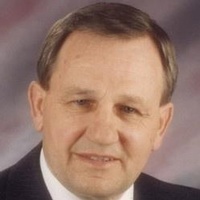 Lyle graduated from Gibsonburg High School in 1949.  He then served the Country in the US Navy and later in the US Coast Guard, enlisting in 1949 and discharged in 1954.  Lyle went back to the University of Wisconsin-Superior, obtaining a Bachelor’s Degree in Education.  He later attained his Master’s Degree from the University of Toledo.

Lyle worked as a former Director of the Galion YMCA and teacher at the Fremont Jr. High School.  He retired as a counselor and placement coordinator from Terra Technical College.  He was a member of Grace Lutheran Church in Fremont.  Lyle will be most remembered for being Head of High School Wrestling Officials for the State of Ohio and for refereeing matches throughout the state.

Visitation will be at the Herman-Karlovetz Funeral Home & Cremations Services, Fremont on Monday, Jan. 15, 2018, 2-8 p.m.  Funeral Services will be on Tuesday, Jan. 16, 10 a.m., at Grace Lutheran Church, Fremont where visitation will begin at 9 a.m.  Rev. Jody Rice will officiate.  Burial with Military Rites will follow at Oakwood Cemetery.

Memorial donations may be directed to Grace Lutheran Church or Stein Hospice of Sandusky.

To order memorial trees or send flowers to the family in memory of Lyle Jacob Smith, please visit our flower store.