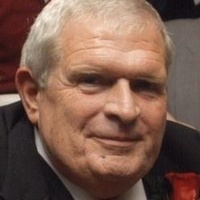 James Albert Wolf, 71, passed away on Saturday, January 27, 2018 at ProMedica Toledo Hospital. He was born on December 5, 1946 in Fremont to the late Norman and Avis (June) Wolf.

Jim graduated from Fremont Ross High School in 1966. On August 23, 1969 he married Phyllis Walter at Clyde Christian Church. Jim was drafted into the Army for two years, where he honorably served his country for 13 months in Vietnam. Upon returning from Vietnam he opened Wolf’s Auto Care and operated the business for 27 years. Upon retirement he enjoyed spending time with his family, attending his grandchildren’s many sporting events, and fishing. Jim was a member of the First United Church of Christ.

Jim is preceded in death by his parents; siblings, Richard, Lee, and Bill Wolf; and brothers-in-law, Tom Diewald and Lloyd Bischoff.

Visitation will be held on Wednesday, January 31, 2018 at 10 a.m. at First United Church of Christ where a Memorial Service will begin at 11 a.m. officiated by Pastor Bill Walk.

In lieu of flowers, memorial donations may be made to the Veterans of America.


To order memorial trees or send flowers to the family in memory of James Wolf, please visit our flower store.