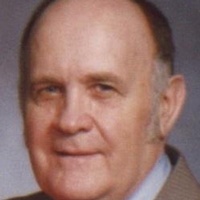 Mert served proudly in the United States Army from September 1944 to July 1946.  He was stationed in the European Theatre. Mert bravely fought in The Battle Rhineland during World War II. He received the EAME Service Medal with 2 Bronze Stars, the Good Conduct Medal, the Occupation Medal, and the World War II Victory Medal.

Mert worked at Whirlpool in Quality Control until his retirement in 1987. He was a life member of the VFW, the Eagles and the American Legion. Being an avid bowler, Mert played on several leagues over the years.

He is preceded in death by his parents and brothers, Ervin, Derwood and Terrell.

Visitation will be held on Tuesday, February 27 at the Herman-Karlovetz Funeral Home & Cremation Services, Fremont from 2-7 p.m. where there will be an Eagles Service held at 6:30 p.m. Funeral Services will be held on Wednesday, February 28, 2018 at the funeral home beginning at 11 a.m. where there will be an additional hour of visitation being held prior to the start of the service. Rev. Juli Lejman-Guy will officiate. Burial with Military Rites will follow at Greenlawn Memory Gardens, Clyde.

Memorial contributions may be made to Hospice of ProMedica Memorial Hospital.

To order memorial trees or send flowers to the family in memory of Julius "Mert" McClain, please visit our flower store.