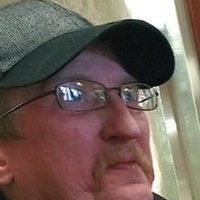 Bobby worked at Luckey Farmers. In his younger years, he raced stock cars at Fremont Speedway. He was a selfless man, the kind that always made sure the people who were near him were taken care of, and he always had a grand plan. Recently, Bobby’s free time was spent restoring his bulldozer, working on and flying planes of all sizes, and helping his dad and aunt Sissy at the Skyway Flea Market. His friends and family will miss the many times spent around the campfire reminiscing, telling stories, and listening to music. More than anything, he enjoyed spending time with his grandchildren whether it was taking them to Bob Evans, setting up the pool for the summer or getting involved with derby cars.

He is preceded in death by his mother, Carolynne.

Friends and family will be welcomed to the Herman-Karlovetz Funeral Home & Cremation Services, Fremont on Thursday, March 1, 2018 from 2-4 and 6-8 p.m. An additional hour of Visitation will be held at St. Paul’s Episcopal Church, 206 N. Park Ave., Fremont, on Friday beginning at 10:00 a.m. and Funeral Services will be at 11:00 a.m. Rev. Matt Wahlgren will officiate, and burial will follow at Washington Chapel Cemetery, Helena.

Memorials may be made to the Bobby Binder Memorial Account at Fifth Third Bank or to St. Paul’s Episcopal Church.

To order memorial trees or send flowers to the family in memory of Robert "Bobby" Binder, please visit our flower store.