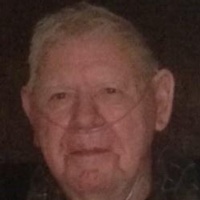 Kenneth R. Spanfellner, 85, passed away on Monday, March 12, 2018 at his rural Gibsonburg home and birthplace surrounded by loved ones. He was born on July 24, 1932 to Louis and Irene (Burk) Spanfellner.

On November 6, 1964, he married Lulu Schwochow. With their union, they brought together and raised eight children, Ray Rogers of Fairhope, AL, Karen (Willie) Toller, Roy (Debbie) Rogers all of Gibsonburg, Louie Spanfellner of Fremont, Brenda (Roger) Simmons of Fremont, Marv (Joslynn) Spanfellner of Helena, Cindy (Don) Crispen of Gibsonburg, Marilyn (Don) Hahn of North Baltimore.  Together, they also had a son, Herb (Elena) Spanfellner of Downingtown, PA.  Lulu preceded him in death on February 20, 2015.

Kenneth worked maintenance at Kelsey Hayes until retiring in 1992. He was a member of First English Lutheran Church, Gibsonburg where he also served on church council. He volunteered at White Star Park, was a 4-H Advisor, and was on the S.C.R.A.P. committee.

He is preceded in death by his wife and grandson, Christopher Rogers; and sisters, Bertha Ladd and Irene Spanfellner.

In following Kenneth’s wishes, there will be no public services. Burial will be held at West Union Cemetery.

Kenneth’s family wishes to thank the caring staff of Hospice of Northwest Ohio for all they had done for them.  In lieu of flowers, memorial donations may be made to Hospice of NW Ohio, 30000 E. River Rd., Perrysburg, OH  43551.

To order memorial trees or send flowers to the family in memory of Kenneth R. Spanfellner, please visit our flower store.