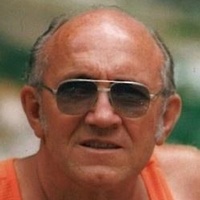 Born on Sept. 23, 1936 in Gibsonburg, he was a son of Allen Roy and Leona Olive (Crispen) Runion.  Donald attended Gibsonburg Schools until he began working at the former Pfizer Lime Plant in Gibsonburg as a heavy equipment operator.  He later joined the Chrysler Corporation as a devoted line assembler, working there until his retirement from its Van Wert Plant in 1999.

On May 26, 1956, Donald married his wife of over 61 years, Bessie Ann Stroshine at the St. John’s Evangelical and Reformed Church in Genoa.   Bessie survives in Gibsonburg.

Donald was a current member of the Fremont Alliance Church and a former member of the UAW.  He enjoyed his work and watching NASCAR.  He was also a big fan of The Ohio State Buckeyes.

Visitation will be Tuesday, Mar. 27, 2-4 & 6-8 p.m., at the Herman-Veh Funeral Home & Cremation Services, Gibsonburg where Funeral Services will be on Wednesday, Mar. 28, 10:30 a.m.  Rev. Glenn Merrill will officiate.  Burial will follow at West Union Cemetery, Gibsonburg.

Memorial donations may be directed to the Fremont Alliance Church.

To order memorial trees or send flowers to the family in memory of Donald J. Runion, please visit our flower store.