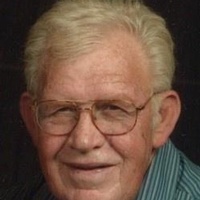 Denny was a 1961 graduate of Chambersburg High School. After high school, Denny proudly served his country in the United States Army in the 101st Airborn 502nd and was awarded the Parachutist and Sharpshooter Badge. He was stationed in Vietnam and was honorably discharged in 1964. Denny worked as a truck driver for Chemi-Trol.

Denny was a member of Hayes Memorial United Methodist Church and a past member of the American Legion in both Ohio and Pennsylvania. He enjoyed hunting and was very proud of his 9-point buck he shot. He loved to fish, camp, and go to the cabin in Pennsylvania. Denny was an avid Penn State and Pittsburgh Steeler fan. In his spare time, he enjoyed fruit trees and his gardens. Denny also enjoyed sprint cars and drag racing.

Denny is preceded in death by his parents; twin brother, Dana Ray Cummings; son-in-law, Kip Bonner; and beloved dog, Samson, who was always by his side.

Visitation will be held on Thursday, April 19, 2018 at Hayes Memorial United Methodist Church from 6-7 p.m. where a Memorial Service will follow at 7 p.m. Pastor Alan Brown II will officiate.

In lieu of flowers, memorial contributions may be made to Stein Hospice, Hayes Memorial United Methodist Church, or the Lsl Sportsmans Club, 3549 Orrstown Rd, Orrstown, PA 17244.

There will be a Memorial Service held at a later date in Roxbury, PA.

To order memorial trees or send flowers to the family in memory of Dennis "Denny" J. Cummings, please visit our flower store.