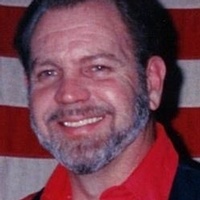 Born in Kansas, OH, on Apr. 19,1945, Roy was a son of William H. and Ardella I. (Ickes) Sleek.  As a 1964 graduate of Lakota High School, he began working with Armstrong Air as a furnace and air conditioning technician.  He put in over 41 years, retiring in 2006.  As a hobby, Roy liked carpentry.  Construction was his passion and he took great pride in building his own home.

Roy will be well remembered as a member of the Sleek Brothers’ Band in which he played the electric bass guitar.  He was a social member of the Fremont VFW, the Clyde Moose and the Fremont and Bellevue Eagles.  He also enjoyed going to car shows.

Family and friends will be welcomed on Wednesday, May 2, 2018, 1-7 p.m., at the Herman-Veh Funeral Home & Cremation Services, Gibsonburg where Funeral Services will begin at 7 p.m.

Memorial donations may be directed to ProMedica Memorial Hospice.

To order memorial trees or send flowers to the family in memory of Roy Roger Sleek, please visit our flower store.