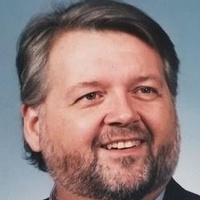 Bryan Lee Cooley, 66, of Fremont passed away on Wednesday, May 9, 2018 at ProMedica Memorial Hospital, Fremont. He was born on July 8, 1951 in Fremont to Mary Ellen (Logsdon) Cooley.

Bryan was a 1969 graduate of Fremont Ross High School. On February 17, 1973, he married Marcy Hamilton at Hayes United Methodist Church. Bryan worked at Whirlpool as a weld set-up for 42 years before retiring in 2014. He was on the Whirlpool Bowling League and the Fire Brigade for 20 years. Bryan played on the 30+ over baseball team and coached softball in the 80’s. As a member of St. John’s Lutheran Church, Bryan served as a Deacon, on Church Council, as a Sunday School teacher, a Confirmation teacher, an usher, a greeter, a dartball player, and as a member of the Bell Hand Choir for over 20 years.

Bryan served many years on the Fremont Ross Music Boosters where he had also served as President.  He enjoyed fishing and taking photographs. He was a devout Ohio State football fan. Bryan loved dogs and had a special dog named Moe. Often you could find him at home tending to his garden and flowers, reading, or sitting on the front porch. But more than anything spending time with family and making memories with his grandkids was the most important thing to him.

He is preceded in death by his parents and brother, Scott (Jane) Cooley.

Memorials may be made to St. John’s Lutheran Church.

To order memorial trees or send flowers to the family in memory of Bryan Lee Cooley, please visit our flower store.