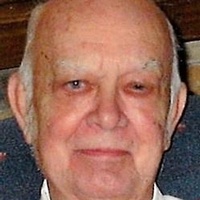 William M. Bowers, Jr., 89, of Gibsonburg peacefully went home to be with his Lord and Savior and loving wife of 60 years on June 10, 2018. He was born on April 28, 1929 in New Lexington, OH to William and Irene (Householder) Bowers. He graduated from New Lexington High School in 1947. William received his BA in Education after diversifying his studies at Taylor University, BGSU, Rio Grande and Wright State. He received his Master of Divinity from Bonebreak United Theological Seminary. He received his Certificate of Ordination from the Evangelical United Brethren Church on August 17th, 1956.

William began his career in the ministry, while also being an educator. He retired from the ministry in 1962 when he began his teaching career in Gibsonburg focusing on English and Driver’s Ed. Even after teaching, William continued serving the schools as a bus driver and substitute teacher. He was also known for his community involvement in the Lions Club, Salvation Army, Gibsonburg Food Pantry and as a Sunday School teacher and choir member at Trinity United Methodist Church, Gibsonburg. He spent his retirement years being happy and active at the Otterbein Portage Valley Retirement Community in Pemberville, Ohio.

He is preceded in death by his wife, daughter-in-law, Chris Bowers; and half-brother, Jay Bowers.

Friends and family will be welcomed to the Herman-Veh Funeral Home & Cremation Services, Gibsonburg on Thursday, June 14, 2018 from 1-4 & 6-8 p.m. Funeral Services will be held at Faith United Methodist Church, Luckey on Friday at 11 a.m. There will be an additional hour of Visitation at the church prior to the start of the service. Rev. Pete Johnston will officiate, and burial will follow at West Union Cemetery, Gibsonburg.

Memorials may be made to Trinity United Methodist Church, Otterbein Portage Valley or to a charity of the donor’s choice.

To order memorial trees or send flowers to the family in memory of William M. Bowers, Jr., please visit our flower store.