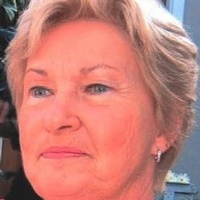 Shirley was a graduate of Chowan High School. On May 24, 1958, she married Terry Raymond White in North Carolina. They shared 52 years of marriage until his passing on Oct. 10, 2010. She took pleasure in taking care of the family as a homemaker and excelled in cooking, baking, sewing, and gardening. Shirley also enjoyed country line dancing. She was a previous member of the Fremont Eagles and Moose.

Shirley is preceded in death by her parents, and husband, Terry White.

Memorial contributions may be made to Elmwood Skilled Nursing Christmas Party Fund.

To order memorial trees or send flowers to the family in memory of Shirley R. White, please visit our flower store.