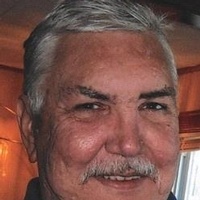 Dennis was a 1969 graduate of Fremont Ross High School and served our country in the U.S. Navy from June of 1969 to June 1973. Dennis was employed as an In-Home Health Care giver and he also worked at Atlas for many years. Dennis was a member of the Knights of Tiffin and TSIA. He was a fan of football and rooted for the Ohio State Buckeyes, the Notre Dame Fighting Irish and the Indianapolis Colts.  When Dennis had any free time, he loved to go camping and riding on his motorcycle.

Dennis is preceded in death by his parents and sister, Fran Kardotzke.

Visitation will be from 4:00-6:00 p.m. at the Herman-Karlovetz Funeral Home & Cremation Services, Fremont on Thursday, August 9, 2018 with funeral services starting at 6:00 p.m. Pastor Scott Mauch will officiate.

Memorial contributions made to the family.

To order memorial trees or send flowers to the family in memory of Dennis L. "Fudge" Ferguson, please visit our flower store.