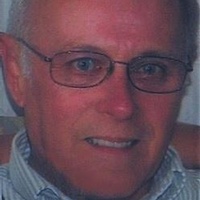 Jon graduated from Rossford High School in 1966. He was then drafted into the United States Army on December 5, 1967 serving his country in the Vietnam War. On August 31, 1989, Jon married his best friend, Nancy Swaisgood, in Rossford. Jon worked as a Dog Warden in Rossford for several years before he retired from Libbey Owen Ford as a glass worker in 1996. He was a member of the Eagles, Moose, Elks, VFW and the American Legion. Jon was a lover of all animals and enjoyed hunting and fishing in his spare time.

Jon is preceded in death by his parents and sister, June Rosler.

Visitation will be held at the Herman-Karlovetz Funeral Home & Cremation Services, Fremont on Saturday, September 15, 2018 from 1-3 p.m. where a Celebration of Life will begin at 3 p.m.

Memorial contributions may be made to the American Cancer Society or ProMedica Hospice of Memorial Hospital.

To order memorial trees or send flowers to the family in memory of Jon Schrier, please visit our flower store.